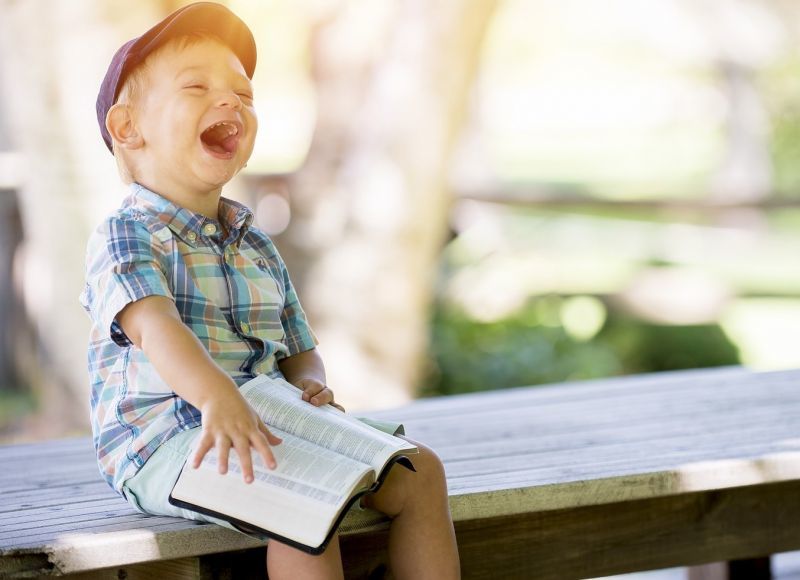 How did all these things we see-the sky, mountains, trees animals, sun, moon, stars, etc. – come into being?

Where did we humans come from?

How did we come to begin living on the earth?

What is beyond the universe, and our galaxy, and the galaxies?

Where are we presently in regards to the most distant outreaches of the galaxies?

Where are we heading for?

The Bible has the answers to these questions. Genesis 1: 1 says, “In the beginning God created the heaven and the earth.” Before there was a sky, earth, plants, oceans, space planets, sun, moon, stars, universe, galaxy (-ies), or anything, God existed, and has always lived-He never had a beginning. All things that now exist were created by Him. John 1: 1-3, says, “In the beginning was the Word, and the Word was with God and the Word was God. The same was in the beginning with God. All things were made by Him; and without Him was not anything made that was made.”

Genesis 1 tell us that God created the heaven and earth within one (24 hour per day) seven day week of time.

The second day God spoke the sky into existence, dividing the water on the earth from the water above the sky (water that used to exist there).

The third day God created the seas, the dry land, plants, trees and herbs which yielded “seed after his kind” (vs. 12).

The fourth day God spoke the sun, moon, and the stars into existence.

The fifth day God spoke the sea animals and birds into existence which reproduced “after their kind.” (vs. 21).

On the sixth day God spoke the land animals and creatures into existence, each reproducing “after his kind” (vs. 25).

“After his kind” means that each sea creature, bird, and land animal and creature only reproduced the same kind of offspring that it was itself.   For example, a dog would reproduce a dog of the same type as the “parents” were and not reproduce a bird or a cat, etc.

But on the sixth day, God did something special that He did not do on any of the previous days. Every thing that God created to that point, He spoke into existence by the power of His Word. The next creation God made special-not just speaking the creation into existence. Genesis 1: 26-27 says,

“And God said, Let us make man in our image, after Our likeness: and let them have dominion over the fish of the sea and over the fowl of the air, and over the cattle and over all the earth, and over every creeping thing that creepeth upon the earth. So God created man in His own image, in the image of God created He him; male and female created He them.”

“And the LORD God formed man of the dust of the ground, and breathed into his nostrils the breath of life; and man became a living soul.”

Man was made in the image of God. The LORD God took “the dust of the ground” (Genesis 2: 7), formed a body, and then breathed life from God Himself into that body. Then man became a eternal “living soul” (vs. 2: 7). God did not command man into existence like He did the animals, plants, seas, and stars, etc. Man was made in the image of God, with man having three parts: a spirit, soul, and physical body. Man has the desire to worship, express emotions, and has a physical body to live in on this earth. No other part of the LORD God’s creation worships-only human beings have the desire to worship.

The LORD God loves human beings even though we have disobeyed Him, and have rebelliously gone away from Him and His righteousness. John 3: 16 says, “For God so loved the world that He gave His only begotten Son that whosoever believeth in Him should not perish but have everlasting life.”

We are sinners before God, and as a result of being sinners are under the penalty of death.   This penalty is both physical and spiritual death (requiring separation from God in the lake of fire forever).

However, because the Lord God Jesus Christ loves us so much, He willingly came to this earth to become a human being and take our sin penalty upon Himself and after fulfilling that sin penalty, gave His life and died on the cross. John 3: 17 says “For God sent not His Son into the world to condemn the world; but that the world through Him might be saved.”

On the following Sonday morning, Jesus physically arose from the dead. Jesus said in John 10: 17-18, “Therefore doth My Father love Me, because lay down My life, that I might take it again. No man taketh it from Me, but I lay it down of Myself. I have power to lay it down, and I have power to take it again. This commandment have I received of My Father.” Jesus is God. He has no sin, and death therefore could not take His life, nor hold Him in the grave.

Jesus desires to give the gift of eternal life to all who are willing to repent (turn) from sin, believe only on Jesus Christ the Lord God the Saviour for salvation (believing that He is God, that He took your sin penalty upon Himself on the cross and then gave His life in death, was buried, and arose again the third day, and believe that He is physically alive, that He can and will save you), and ask Him to forgive your sin, come into your heart to be your Saviour and Lord, and save you, and give you eternal life. John 1: 12 says, “But as many as received Him, to them gave He power to become the sons of God, even to them that believe on His Name.”

I encourage you to repent from sin, believe only on the Lord Jesus Christ, and receive Him into your heart as your Saviour and Lord. Jesus said, “I am the way the truth, and the life: no man cometh unto the Father, but by Me.” (John 14: 6). Also Acts 4: 12 says, “Neither is there salvation in any other: for there is none other Name under heaven given among men, whereby we must be saved.”

1.Who was in the beginning before anything was created or existed?

2.How did all these things that we now see come into existence?

3.What did God create in the beginning?

4.How many 24 hour days did God use to create everything?

6.How did God make the one special creation?

7.How much does God love you?

8.Have you repented from sin, believed on the Lord Jesus Christ alone as you Saviour and Lord, and received Him into your heart receiving His gift of eternal life?

3.The heaven and the earth.

6.(Genesis 2: 7) “And the LORD God formed man of the dust of the ground, and breathed into His nostrils the breath of life; and man became a living soul.”

7.(John 3:16-17) “For God so loved the world, that He gave His only begotten Son, that whosoever believeth in Him should not perish, but have everlasting life. For God sent not His Son into the World to condemn the world; but that the world through Him might be saved.”

8.Each person must answer this question from their own heart.